On fawning and Sexy Soldiers 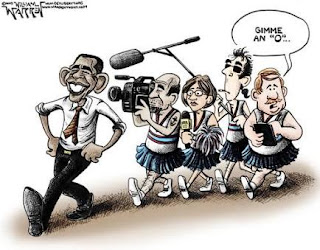 I’m seated, waiting to b served a chilled bottle of amstel malta. Senator walks into the canopy. Everybody stands up to acknowledge his presence, everybody but me. I’m seated at the entrance and my attention is on the old man with the crooked teeth who keeps winking at me, he looks like he’s in his early fifties. Although the senator  passes by my seat I do not notice his presence, not quite early enough.

As the deputy senate president moves, the air surrounding him is magnetic, attracting many followers, people fawning around him, including my companion. All of them, hoping to gain one or two things from him. I’ve never been a fan of fawning or ass licking. I believe i don’t have to lick ass to get what i want, there are other ‘hourable’ means.

In my experience, fawning aka ass licking is effective. You want something from ur boss, keep paying her compliments, don’t bother if it’s true or not, just tell her she looks good, she’s good a making decisions and she’s so smart and she doesn’t look fat at all. That my dear will get u promoted fasted than working 20hours a day with good results. People like to feel immortal and ass licking is just the way to go about it.

I am staring at a sexy soldier when the senator passes by a second time. Again I do not see him coming and do not stand up. This soldier that has my attention, his face is not fine at all but he looks like he has a great body hidden under that uniform. There’s something about the camouflage uniform, I’m  attracted to men and women in it. Maybe it’s respect for the good work they do.

Good work and remarkable achievement deserve to be acknowledged and had I not been distracted I would have stood up to honour our deputy Senate president.

Fawning isn’t so bad after all, get what u want and then u can spit in their face. I later realised that even the Senator was probably fawning the masses for in view of the next election. He throws this big party at the end of every year where he opens the gate to all and sundry. He may have other sincere reasons for being so kind and generous but my point is- the rich also fawn u know, everyone fawns at some point.

What is your take on fawning aka ass licking? Would love to hear ur view, use the comment box.

A long walk to freedom